KFW staff is thrilled to announce this year’s winners of the annual Firestarter Award! The Award Winners are Dayzaughn Graves and Jaylin Monet Stewart. This award honors artists age 18 to 25 who are taking risks in the creation of new art, engaged in social justice/community engagement, and who demonstrate a developing feminist voice, including new insights and visions and/or fresh approaches to feminist topics or art for social change. All the nominees this year are truly inspirational. Every candidate brought wonderful things to the table and is worthy of recognition and praise. To see the list of nominees, click here.

"These young feminists are truly artists on fire. They are using their voice to protest all forms of injustice and are leading the charge for social change in KY, " said KFW Executive Director Sharon LaRue. 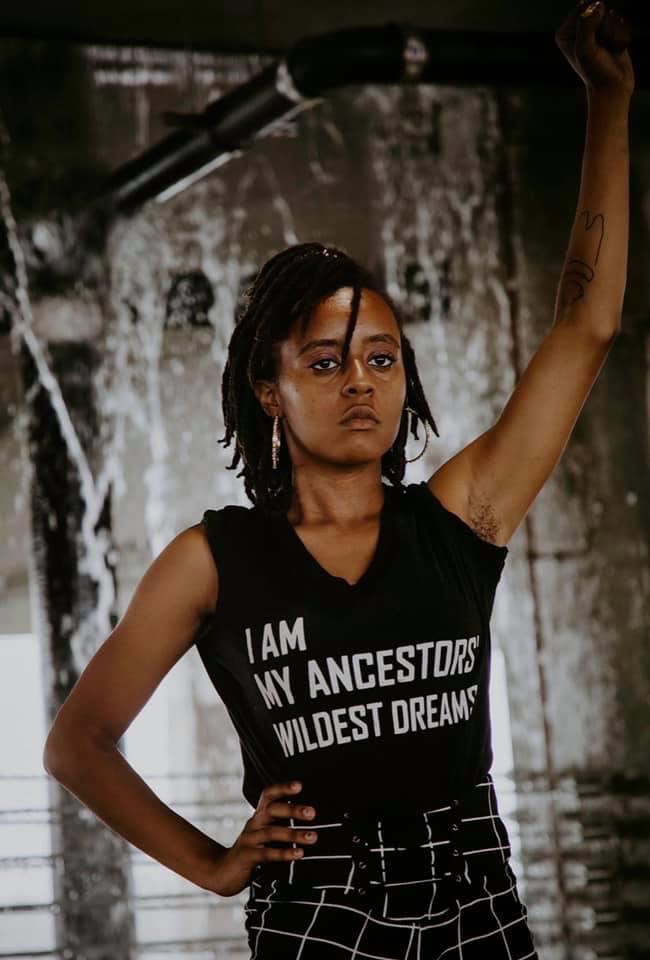 Dayzaughn Graves, 23, of Richmond, was nominated and selected for her visual poems and multimedia work supporting Black Lives Matter, building collaborations and supporting other artists. She says of her art, “I discuss the intersections of my identity, race, womanhood, blackness, mothering and expression art. I am a Multicultural multimedia storyteller. In doing so, I connect peoples stories to anyone who is willing to listen.”

As her nominator describes, she is creating art that explicitly benefits the movement for Black Lives. Using images that both she and other artists have created, she exhibits these visual metaphors about the experience of being Black and female during the Covid/BLM reality that is 2020 in KY. She then uses those images to do small micro funding campaigns to directly benefit either individuals, the movement as a whole, or as part of a comprehensive strategy designed to uplift and support Black artists.

“She approaches her work with love and an awareness of pain,” says her nominator. “Her work focuses on the ways in which Black women care for each other. It articulates bonds of nurture formed intergenerationally that prepares Black women to manuvuer through the complex world they must navigate. It also addresses the little seen or heard pain and resistance that young Black women are experiencing during the current movements.” 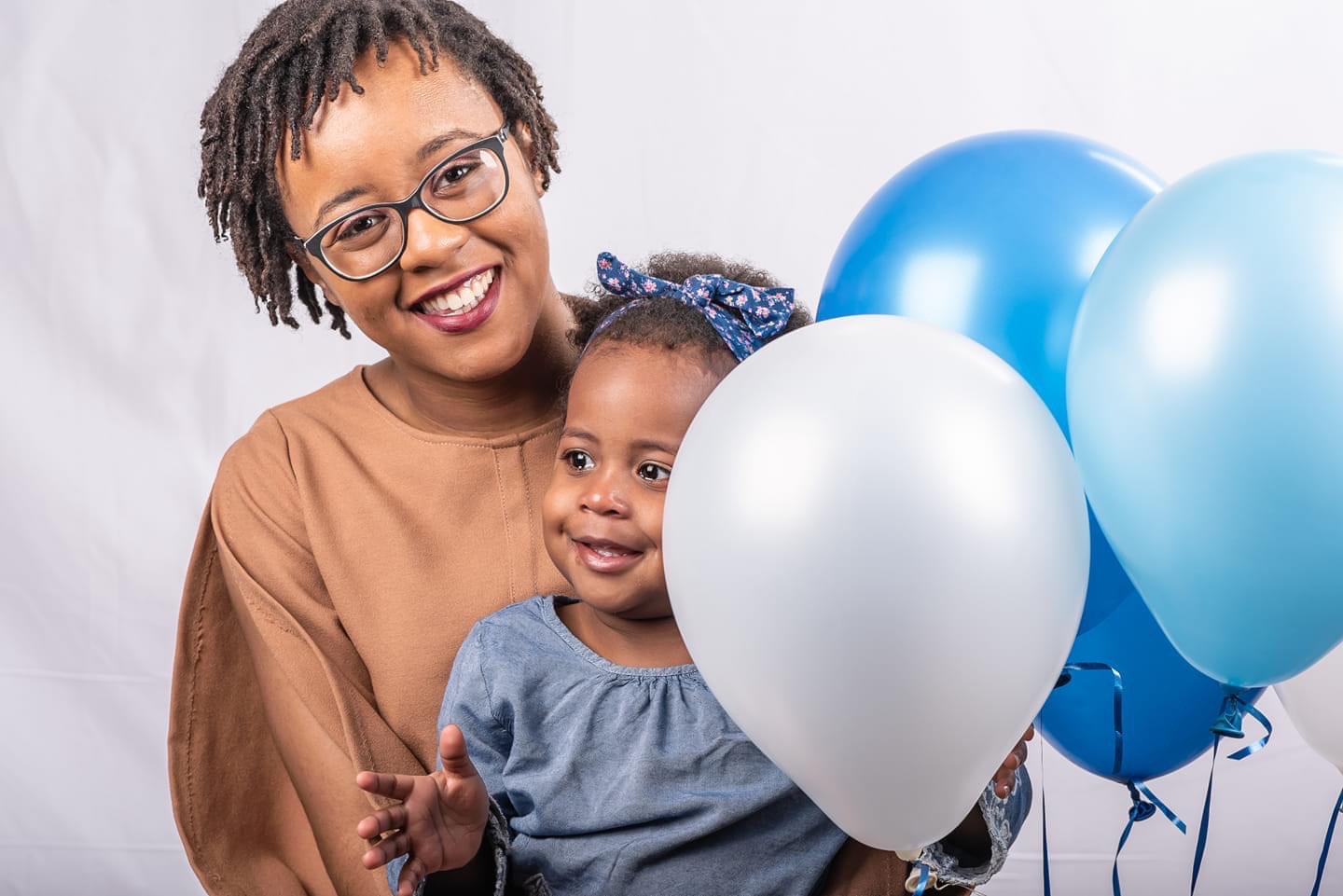 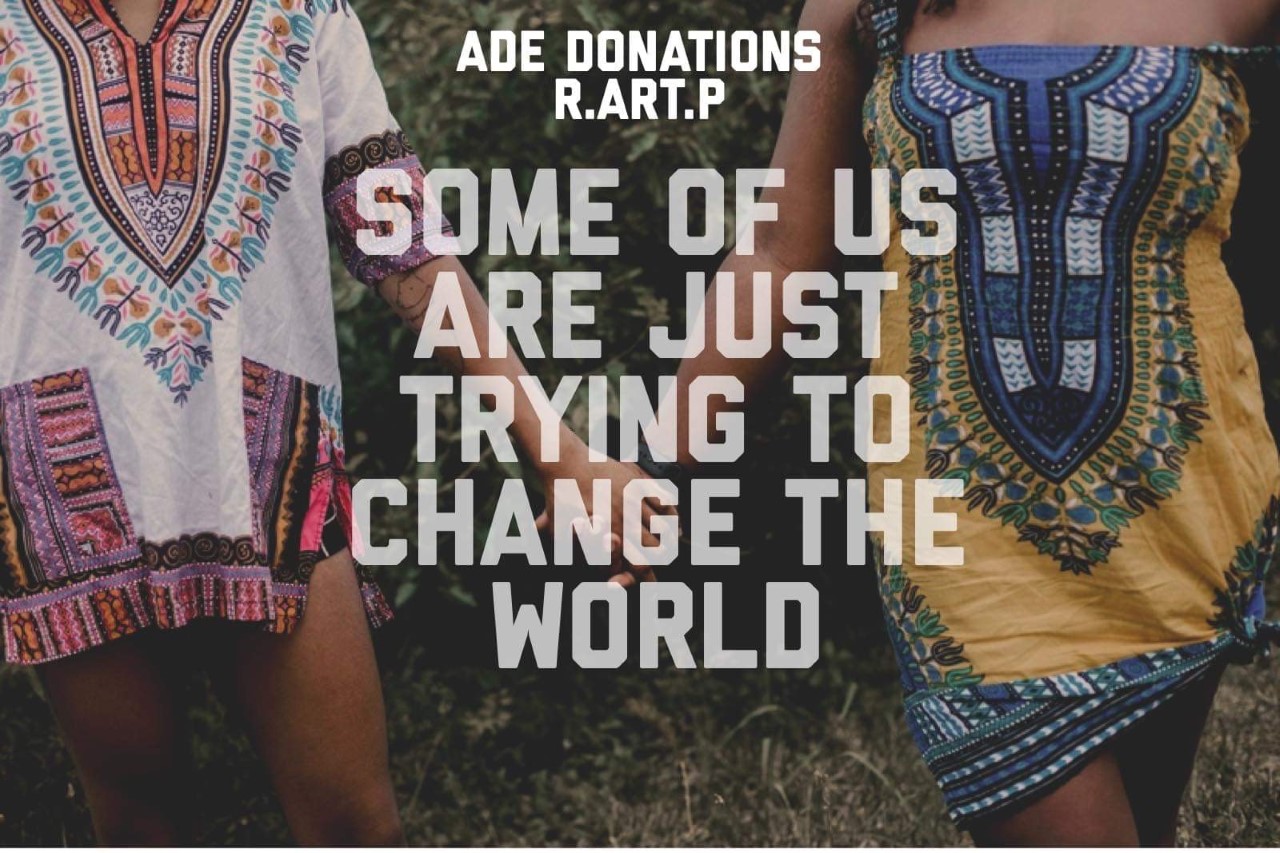 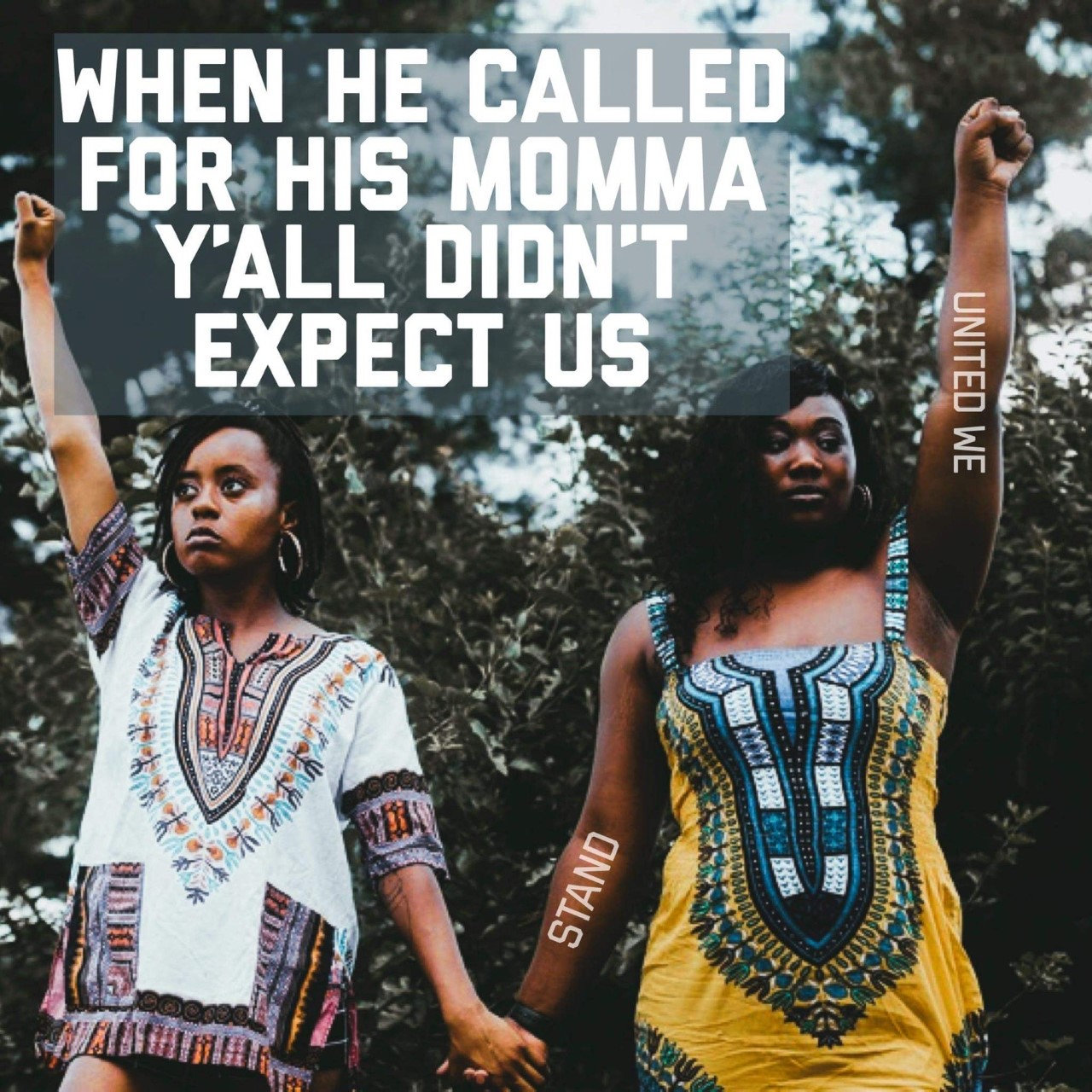 “I love how she combines art, social justice, and collaboration.”

The reviewers said, “I love how she combines art, social justice and collaboration. I also think that being strategic is a strong suit for anyone on the front lines of the social unrest. Her desire to help other artists get recognized and accredited for their work is honorable. She is out there fighting the cause through art, with so much passion and bringing the whole community together. I admire the strength and selflessness that this single mom puts into what she does.”

The reviewers said, “I love how she combines art, social justice and collaboration. I also think that being strategic is a strong suit for anyone on the front lines of the social unrest. Her desire to help other artists get recognized and accredited for their work is honorable. She is out there fighting the cause through art, with so much passion and bringing the whole community together. I admire the strength and selflessness that this single mom puts into what she does.”

She is an alumni of Berea College’s Women and Gender studies program. Her response to being nominated: “I am very surprised, but after looking at the goals, I am very grateful. I am a woman that is using art every day to transform real lives. I believe that the power is in the community. I just amplify the stories so we can all become well rounded.” 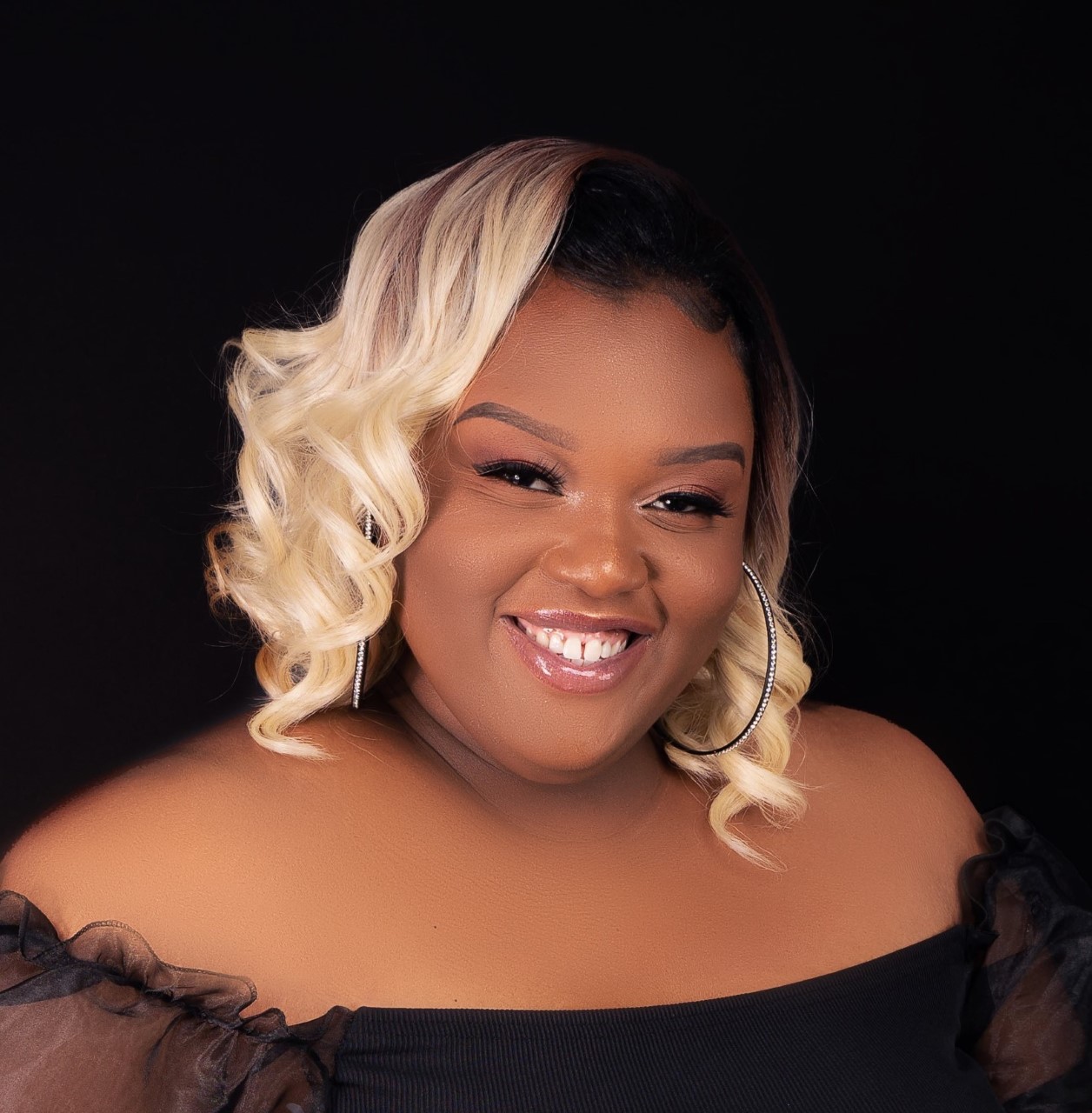 Jaylin Monet Stewart, 24, of Louisville, was nominated and selected for her murals and installation works, around topics such as healing, social justice, race, gender, gun violence, police violence and more. She creates large scale murals, and works with paint and chalk along with other mediums. She says, “my work is to heal and empower people of all kinds. I create to inspire individuals to believe in something greater than themselves and stand up for what it is that they believe in. I create art to acknowledge the past and the future, but also as a tool to enlighten people.”

She created a portrait of Breonna Taylor that was projected onto Metro Hall, and donated the original to Breonna’s family. She also created the installation work “God Rest America” at SHEHERAZADE gallery in Louisville. This exhibit was a nod to the memorials often left for victims of gun violence frequently seen in places like the West End of Louisville. At the opening, attendees were encouraged to spray paint names of those they lost to memorialize their lives.

She has created murals in front of hospitals for nurses and doctors to see as they entered and exited the building, to pay tribute to the first responders of color who are working on the front lines to fight COVID-19. “Throughout her portfolio, she has celebrated Black women, those who have loss their lives in the Black community, gun violence, and more. Whatever social justice subject she highlights, her work is powerful, well done, and uplifting,” her nominator says.

“Healing and giving is a common theme in Jaylin's art. Whether it is creating art for others, or giving art to those affected, her love for others is clearly seen.”

Beyond her own art, she is the founder and CEO of a non-profit art school called Adah School of Art Inc. Through this, she provides arts education to the disadvantaged youth of the Louisville West End. She also teaches art at the West End School. 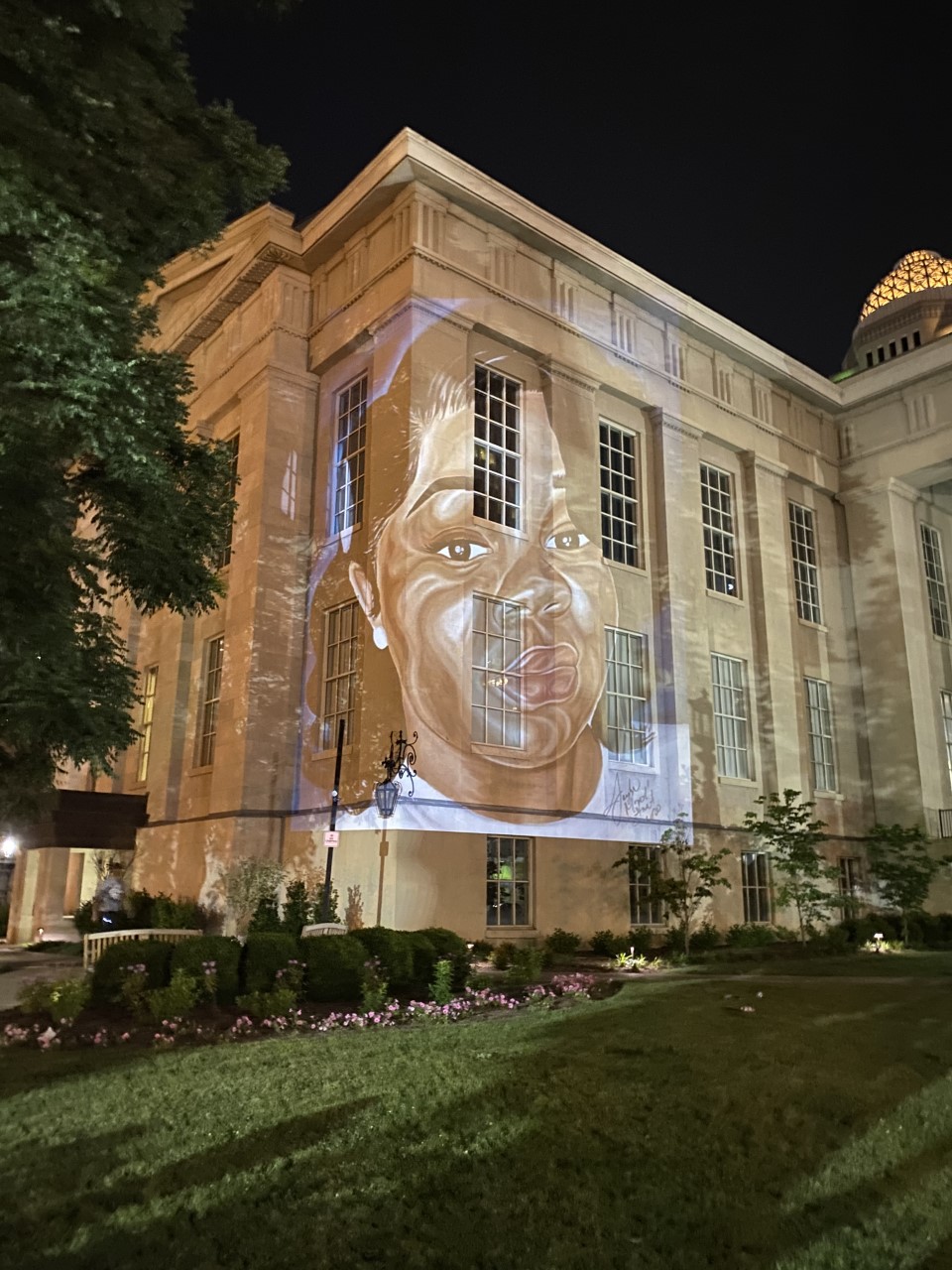 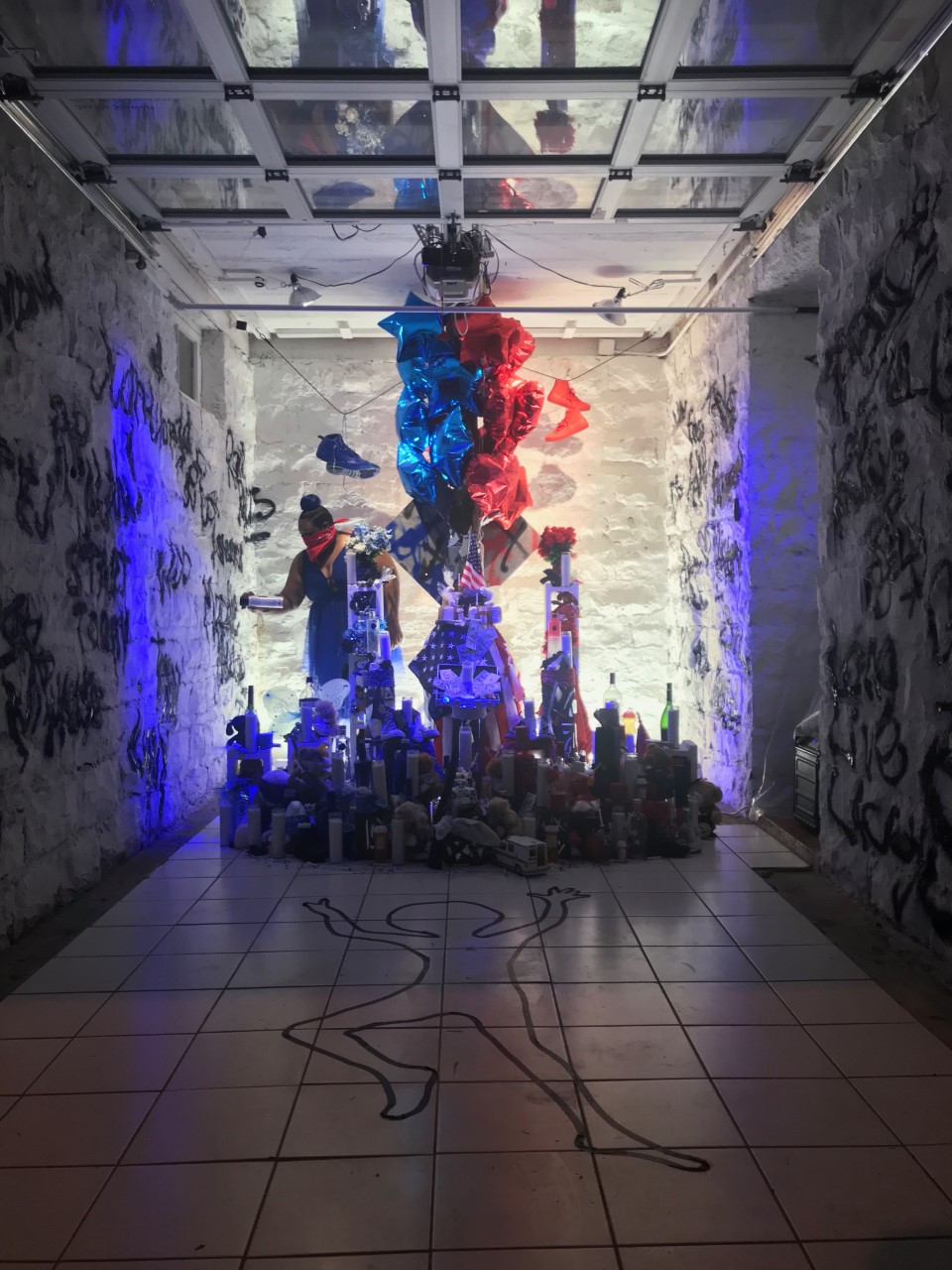 The reviewers said, “Not only does Jaylin have an incredible talent but she uses that talent to advocate for change and she does so bravely. Her mural work is accessible to many people who do not normally get to see artwork that makes a statement. Her art and passion are creating change in the current world we are living in. Her voice is of upmost importance and she deserves to be recognized not only for her talents, but also for all the work she has been doing and continues to do, and the love she pours into it and her community.”

Jaylin has already received awards including the County Commissioner’s Active Citizenship Award and the Activism Award presented by the Kentucky Alliance Against Racism and Political Repression. She has exhibited at KMAC, SHEHERAZADE gallery, Dolor Remedy at the African American Heritage Center, and Ebony Transfiguration at the Louisville Urban League.

Of being nominated for the Firestarter Award, she states, “Its an honor to be nominated for such an amazing award. I am so grateful that my work is impactful and appreciated while I am still living…”

“… As a 24 year old Black Woman I have experienced double oppression and also still living through it in this country. But platforms like this [are] encouragement for me to continue to create and inspire women in Kentucky and all of the world.”

To learn more about Jaylin you can find her on Instagram @jaylinmonetstewart or Facebook at Jaylin Stewart.

If you know a young feminist artist who could be a Firestarter, nominate them next year! Congrats to this year’s award winners. They are already doing incredible things with their art.