Meet Our Board Member, Courtney Baron!

“If you give [women] a chance, we can perform.

After all, Ginger Rogers did everything that Fred Astaire did.

She just did it backwards and in high heels.” 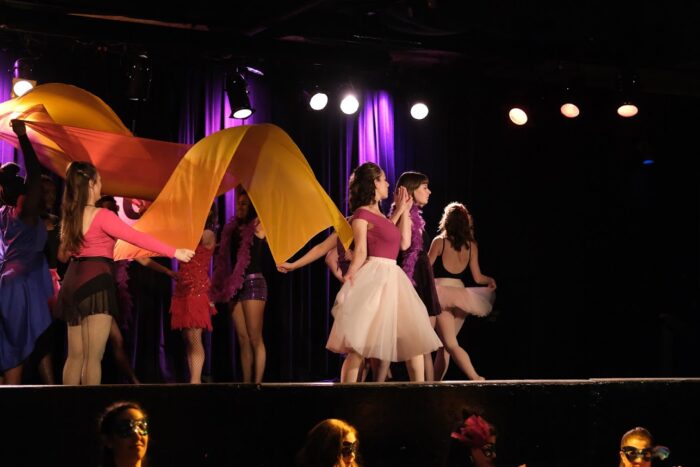 KFW Board Member Courtney Baron has found a way to merge her passions. As Assistant Professor and Director of the Bridwell Art Library at University of Louisville her research centers on art and feminism.

“I did not identify as a feminist until I was in my late twenties. It wasn’t until I started my career as a librarian and became exposed to research on critical feminist theory,” said Baron. “As a researcher, I seek to question the status quo by challenging patriarchal constructs and asking who is not represented in dominant thought.”

She moved from Atlanta to Louisville in 2019. Her respect for KFW and its work supporting women artists and advocating for social change in the state Kentucky led her to join the board.

“I’m still learning about the social makeup of the state, but I support progressive policies that seek to improve the lives of all Kentuckians.” Said Baron.

While in Georgia, her avocations included performing with a modern dance company. Her experience there helped form her philosophy on creativity. “Like the choreographer Twyla Tharp, I find routine and habits ground me so that I’m able to tap into my creativity and think outside the box.”

Her work at the library supports Kentucky artists statewide. “We are the premier fine arts research library in Louisville and seek to do what we can to support the artists at the Hite Art Institute and beyond,” said Baron.

She has been an active member of the KFW board and community. She has worked on KFW’s Kentucky Women Artists timeline for the past two years. The timeline seeks to raise awareness of the contributions of Kentucky women artists.

“I hope to make a difference as a KFW board member. I am also on U of L’s Commission on the Status of Women (COSW), the President’s chief policy advisory group for faculty and staff gender equity. I am committed to using my privilege as a white, cisgender woman to advocate for all women and girls in Kentucky,” said Baron.

She is inspired by all women who are living or working towards their dreams. Her dream for the future of women and girls in Kentucky is for “the freedom of choice to live their lives how they want and the belief that women can do anything.”