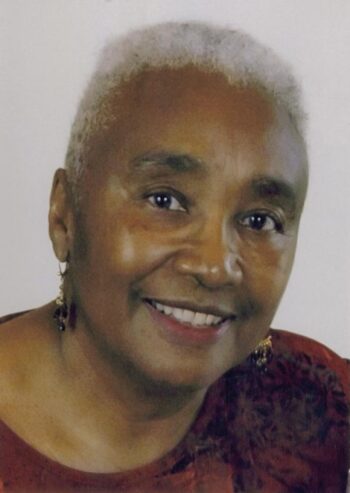 Carridder “Rita” Jones filled many roles in her lifetime, human resource professional, writer, mentor and advocate. She could have been content to work on her own writing and the daily duties of her job in human resources at University of Louisville, but instead she worked to boost the voices of other women.

Rita, who died on May 8th at the age of 84, was raised on a small farm near the cotton and tobacco fields of Timmonsville, South Carolina. An avid reader, Rita attended the county’s three-room schoolhouse (built for children of freed slaves). She went on to earn an English and Theatre Arts degree at the University of Louisville, where she worked in human resources and became an advocate for women writers and employees of color.

A playwright and a published writer, Rita’s plays were produced at Actors Theatre of Louisville, the MeX Theater at the Kentucky Center for the Arts, University of Louisville Theatre and the Market House Theatre in Paducah, Kentucky.

“Though she found her writer’s voice later in life, Rita knew exactly what she wanted to say. Her writing demonstrated her commitment to changing minds and hearts, and conveyed the honesty and integrity forged by her own history, growing up in rural South Carolina in the 1930s,” said Robin R. Harris, Co-Chair of the Kentucky Women’s Book Festival. 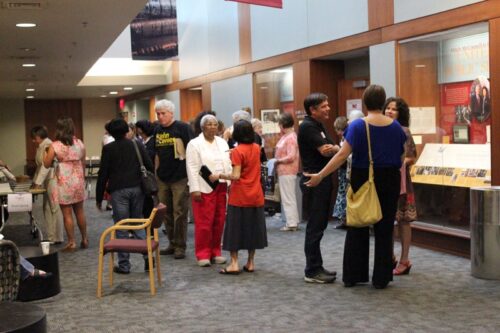 “Rita’s understanding of the challenges our community faced related to issues of diversity and equity always informed her work,” said Harris. “From her first published play, Lady of the House, performed at the Martin Experimental Theatre at the Kentucky Center, to Black Hamlets in the Kentucky Bluegrass, performed at the 2008 Juneteenth Festival at Actors Theatre of Louisville, to her final book project in 2015, Voices from Historical African American Communities near Louisville, Kentucky, Rita championed women’s rights and social justice.”

Rita wasn’t concerned with her own success. She wanted to help others succeed. “Once she found her literary groove back in the early 90’s, she took off slowly yet methodically towards a path of helping to define sacred spaces where Kentucky women writers could create, grow and follow a trajectory of social change through the arts,” said Mary E. Jefferson, a Louisville writer, educator and business consultant from Appalachia.

One such space was Women Who Write, co-founded in May 1992 by Rita and the U of L Women’s Center. WWW is a non-profit organization for women writers in Louisville with the goal of welcoming, educating and supporting all women who aspire to write and being the “go-to” place for women writers.

Jefferson said Women Who Write would not have been birthed and nurtured without Rita’s vision and activism. “As a “woke” woman of color, who discovered her writing voice later in life, Rita exemplified fairness, humility and artistic acumen for all women and girls who dream of self-discovery through the windows of their own worldviews,” said Jefferson. 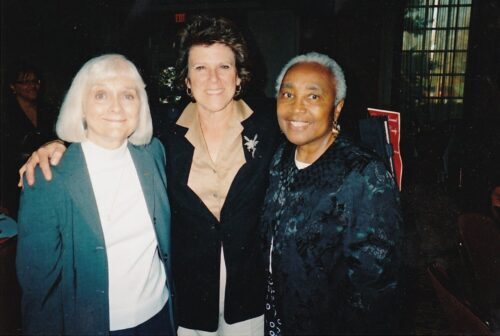 Harris said Rita talked to friends and colleagues about her dream to create a festival dedicated to showcasing Kentucky’s women writers. Her dream became reality in September 2006, with the first Kentucky Women’s Book Festival, a project that required energy, imagination, and diligence. From 2006 through 2016, Rita remained actively involved in the festival’s planning process.

“When Rita moved to the west coast in 2017 to be near family, those of us on the planning committee pledged to continue the festival, always with Rita’s spirit at the forefront,” said Harris.

She first met Rita in 1999 through the President’s Commission on the Status of Women at the University of Louisville. “A true leader, Rita set the standard of excellence with her dedication to changing in a fundamental way the “status of women” at U of L. As we collaborated on projects designed to chip away at the sexist underpinnings of the university, I learned from Rita the power of gentle, but determined, persuasion,” said Harris. 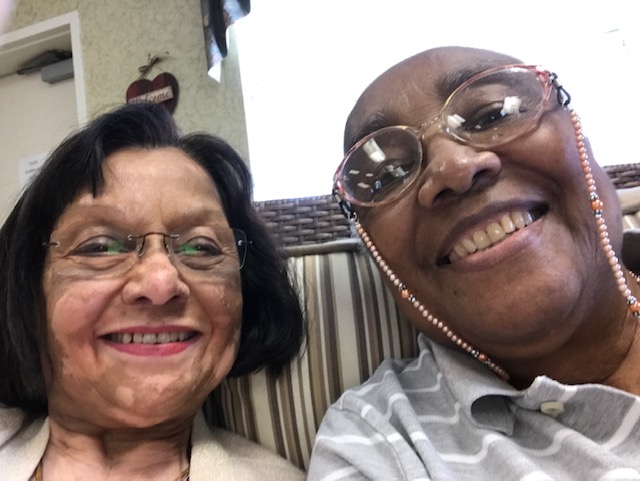 Prafula Sheth worked with Rita at University of Louisville and witnessed her efforts to empower women employees of color by creating gatherings designed to share concerns, problems and positive suggestions. The Transformation Tea for Women of Color & Their Allies began in 1997. The gathering included lectures on topics including finances, salary negotiation, and dealing with difficult people.

“Rita believed no one was in charge of you but you. She helped lift up women in staff roles and help them aspire to the next level,” said Sheth. “Through the Transformation Teas, Rita helped women rewrite the path they were on. Women of color had a chance to meet each other and learn how to be whoever they wanted to be. It created an environment of equality.”

Rita’s impact was also felt on a personal level. KFW founder Sallie Bingham said, “Rita was important to me on a personal level because of her support when we were both working at the Courier-Journal. But far more important, she was both a link and a force for the feminist movement in Kentucky.”

Diane Cameron Lawrence met Rita when she called her with an idea for a radio program. They went on to produce a radio documentary about the black hamlets (small enclaves) in Kentucky that won that category in the Kentucky AP Awards in 1998.

“It was on long drives around Lexington, as we searched for and discovered these hamlets, as we interviewed residents, as we stopped for picnic lunches, that I got to known Rita. I learned she grew up in poverty, a sharecropper’s daughter in a small, segregated South Carolina community. The only way her family could buy its way out of that punishing system was for her mother, a talented seamstress, to travel to New York City for several winters and hire out to earn extra money. The only possession she had of her mother’s was a hat with a veil. I heard stories about life after she left South Carolina, now married to a military man. What it was like to live in Morocco with six kids as her husband, Albert, served in the military. What travelling to China meant to her. In these ways and so many more, she made her way in the world far beyond what her beginnings might have suggested,” said Lawrence.

Rita was the first person who suggested that Lawrence branch out from journalism and try fiction. “She encouraged so many women to write and explore their creativity. When two of her plays were produced at Actors Theatre and sold out the house, none of us was surprised at what she had accomplished . . . . Rita valued her family, her friendships, education, civil rights, feminism, history and creativity. She was an amazing woman. I was incredibly blessed to know her. I miss her so much. I will think about her for the rest of my life,” said Lawrence.

Jones received the 2006 Sallie Bingham Award from the Kentucky Foundation for Women for her work creating positive social change for women. Her words then are a testament to her legacy: “I will never forget what Dr. Martin Luther King, Jr. said, ‘If you can conceive it and believe it, you can achieve it.’”